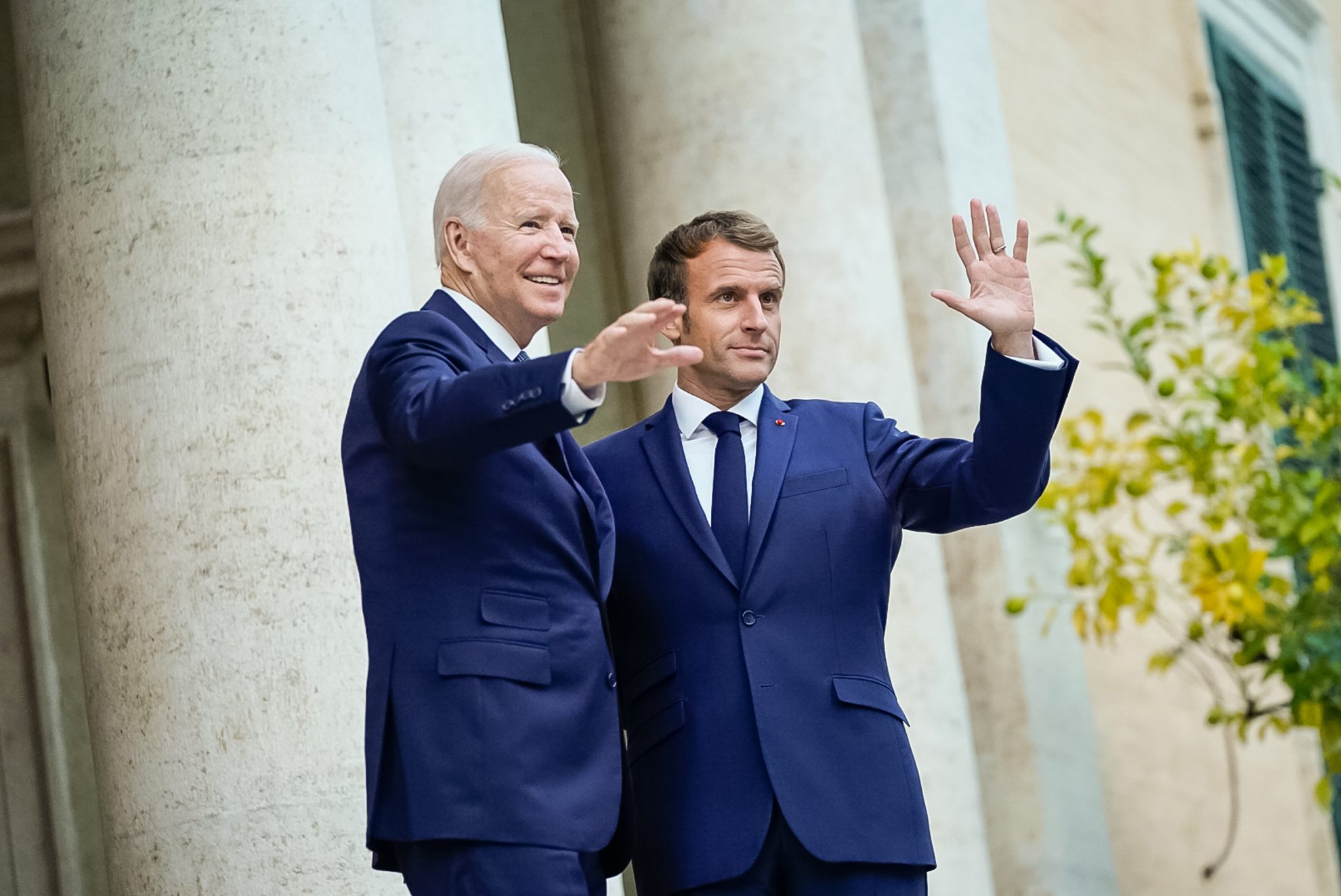 French President Macron is coming to Washington, D.C., this week to ask President Biden the question on the minds of European leaders: “Why did you do this to us?”

When President Biden signed the Inflation Reduction Act into law, he put many European companies at a disadvantage unless they move production to the United States because of the law’s renewable energy tax credits for American-produced goods. President Macron will attempt to negotiate European companies’ access to these credits.

President Macron and prominent EU leaders have voiced their displeasure with the domestic requirements and have debated retaliatory trade restrictions. Not only is their ally putting European companies at a disadvantage during a war and high inflation, but at a macro level, European leaders fear an industrial exodus from the EU to the United States because of the war, protectionist credits, and higher European energy prices. EU officials have called the American credits an “existential challenge” to Europe’s economy.

Unfortunately for the future of EU competitiveness, “why did you do this to us?” is the wrong question. European leaders should instead be asking themselves, “why is the EU so vulnerable to losing major industries, and is the EU prepared for future subsidy wars with other countries?”

At first glance, it is easy to blame Russia and high energy prices for making Europe less competitive. With the price of energy spiking all over Europe, producers are finding it harder to make a profit. With an extra tax incentive to move production to the U.S., some companies might be tempted to shift production out of the EU.

However, these scapegoats are an example of recency bias and conveniently ignore two fundamental issues with EU competitiveness.

The first is the simple fact that the five largest economies in the EU have less competitive corporate tax codes than the United States. Germany, France, Italy, Spain, and the Netherlands all rank below the U.S. in corporate tax competitiveness based on Tax Foundation’s 2022 International Tax Competitiveness Index. This means that even without higher wartime energy prices and the recent protectionist tax credits, the United States still offers companies a friendlier business climate in which to invest. The uncompetitive European rankings are due in part to poorly designed tax policies such as digital services taxes, windfall profits taxes, poor treatment of capital investment, and other complexities.

The second is that European policymakers openly admit that fairness, rather than competitiveness and growth, is their primary objective when designing tax policy. Some have gone as far as to question why economic growth is necessary at all and have proposed alternative economic theories based on declining growth.

However, when companies plan capital-intensive investments, they are looking to do so in economic environments likely to produce a return on their investment. Growth is an essential part of that calculation.

In addition, if the EU is considering any form of strategic autonomy, its ability to do so cannot hinge on laws passed by the U.S. Congress. This autonomy will require principled tax policy that supports growth and investment in the EU.

Therefore, higher energy prices and the protectionist tax credits in the Inflation Reduction Act may serve as the final reasons companies decide to move production across the Atlantic. But it is rare for entire industries to leave almost overnight because of foreign tax credits. The type of industrial exodus that European leaders currently fear comes from fundamentally uncompetitive tax systems and policies that punish economic growth.

Since August, European leaders have debated how to respond to the Inflation Reduction Act provisions specifically and to American protectionism more broadly. A new U.S.-EU task force was created to specifically discuss the problematic tax provisions in detail.

President Macron represents the first option for the EU. If he can convince the Biden administration to grant the EU an exception to the domestic content requirements, it would alleviate the concerns of European producers. It is yet to be seen if President Biden has the political will or the legal authority to grant such an exception without a U.S.-EU trade deal in place before the Act takes effect on 1 January 2023.

Another option could be to file a dispute at the World Trade Organization (WTO) and resume the tit-for-tat trade war started under the Trump administration that has recently been rebalanced under President Biden. However, in the context of Russia’s war on Ukraine and the need for Western unity, this option seems unlikely. This is despite “$200 billion of the $367 billion total subsidies not being WTO compliant” according to Olivier Becht, French Minister for Foreign Trade and Attractiveness.

A third, and likely best option for the EU, would be to implement principled pro-growth tax policies that boost overall European competitiveness. Meaningful reform ideas include lowering corporate tax rates towards the OECD average and providing full expensing for capital investment. This is, unfortunately, the least likely outcome due to a lack of political will.

Finally, a fourth option floated by the French government is to replicate the Inflation Reduction Act with a “Buy European” subsidy regime of its own. European Commission President Ursula von der Leyen asked for a similar mechanism in her State of the Union speech in September called the European Sovereignty Fund. This is despite Commissioner Dombrovskis warning that “subsidy races tend to be expensive and inefficient” and Member States like the Netherlands and Sweden cautioning against subsidies for fear of trade retaliation from other trading partners.

If the EU decides to implement a “Buy European” subsidy regime, there are two important aspects for policymakers to consider.

The first is how many financial resources will be needed to win a subsidy war, not only against the United States, but also against China which massively subsides state industries. There’s a question of whether the EU has the resources to win such a war, and even if it does, how the EU would raise such funds.

The second is the possible adoption of Pillar Two in the EU and its interaction with EU State aid rules. By setting a minimum 15 percent corporate tax rate, Pillar Two curtails some forms of tax competition. What this means in practice is that countries face less pressure to compete for investment by adjusting their tax rates and are incentivized to use other policy measures, such as subsidy regimes, instead. In other words, Pillar Two “solves” part of fiscal competition while creating another.

Unlike countries such as the United States or China, the EU has fairly strict State aid rules that prohibit unfair government subsidies for national industries. In a world where the EU has adopted Pillar Two, or at least in the five largest EU economies, policymakers will have to carefully design their subsidy regimes to remain compliant with EU rules knowing that their competitors do not face similar constraints.

One way the EU might combat this is a recently approved mechanism that allows the European Commission to identify foreign subsidies that distort the EU’s internal market and take redressive measures. However, this regulation has yet to come into effect and would likely not apply to subsidies that foreign countries use for products sent to non-EU markets.

Policymakers on both sides of the Atlantic should value the benefits of principled pro-growth tax policy and rules-based free trade. The U.S. and EU need to find common ground in wartime to boost investment in renewable energy sources and break away from Russian energy reliance. Principled, pro-growth tax policy, not protectionist subsidy wars, should lead the way.