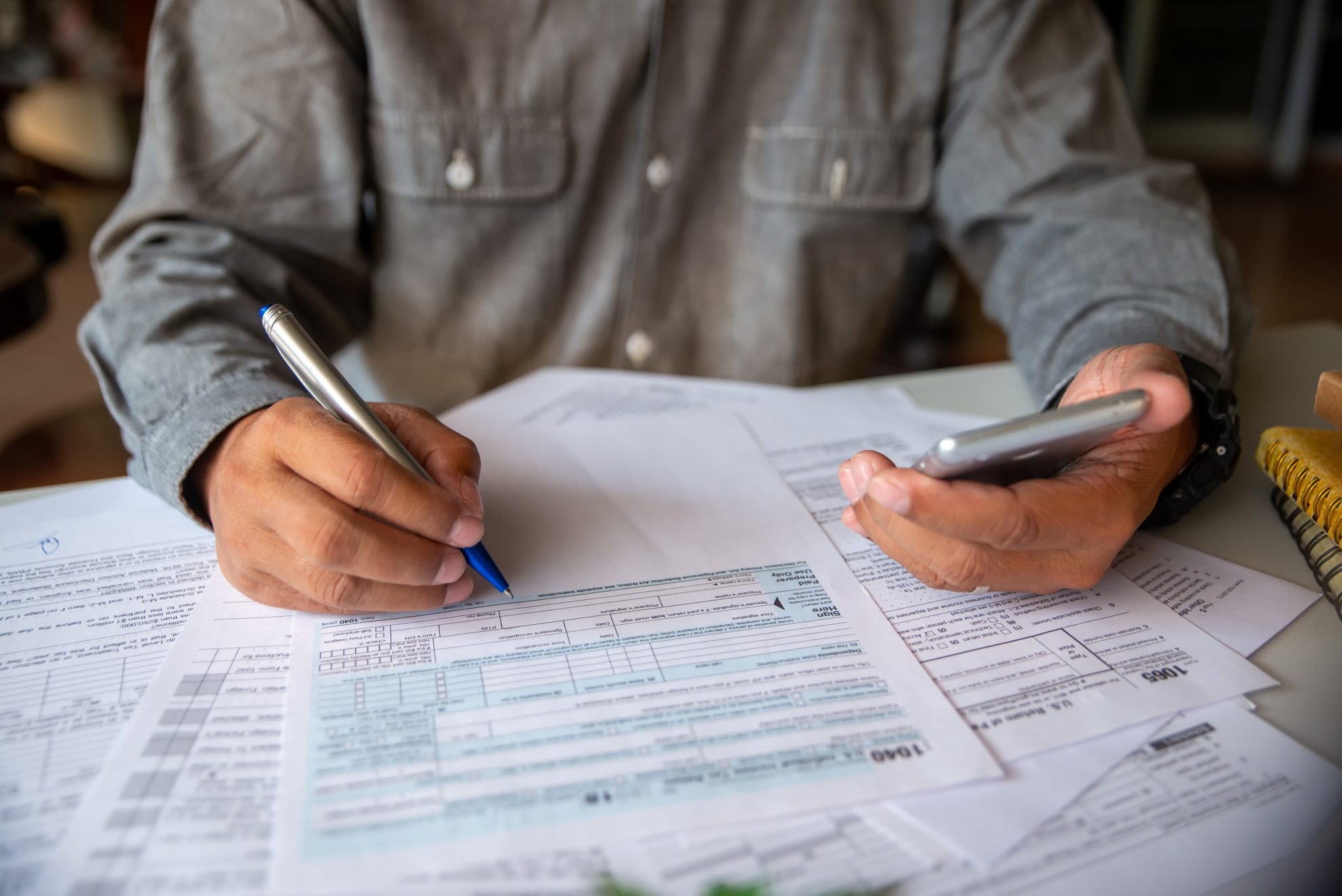 In a pattern that has become all too common in recent decades, the newly enacted Inflation Reduction Act (IRA) added yet another layer of tax complexity to an already complex and burdensome federal tax code. While the Inflation Reduction Act increased the Internal Revenue Service (IRS) budget by roughly $80 billion over 10 years, it also created two new corporate taxes and either expanded or launched 26 tax credit programs. These provisions will increase the administrative burden on the IRS and the tax compliance burden on taxpayers—costs that divert precious time and resources away from the private economy.

The federal tax code imposes many costs on the U.S. economy. The most direct costs, of course, are the resources taken out of the nation’s economy. Federal taxes consume nearly 20 percent of U.S. gross domestic product (GDP). Our tax system is heavily reliant on individual and corporate income taxes which economists at the Organisation for Economic Co-operation and Development have determined are the most harmful for economic growth.

A less direct cost is the precious time taken out of our lives to comply with a Byzantine tax code that requires billions of hours completing mountains of IRS paperwork and tax returns. In 2021, the IRS collected more than $4.1 trillion in total taxes from all sources. To do so required Americans to file 261 million tax returns in 2021. Some 75 percent of these, or 197 million, were income tax returns (both individual and corporate), while another 33.8 million were employment tax returns.

According to the latest estimates from the White House Office of Information and Regulatory Affairs (OIRA), Americans will spend more than 6.5 billion hours complying with IRS tax filing and reporting requirements in 2022. This is equal to 3.1 million full-time workers doing nothing but tax return paperwork—roughly equal to the combined populations of Philadelphia and San Antonio—and 39 times the workforce at the IRS.

Tax Complexity Will Cost the U.S. Economy Over $313 Billion This Year

Besides the checks that taxpayers send to the IRS every April 15th, complying with the tax code imposes a real cost on the economy. Every hour spent complying with tax forms and returns is an hour that parents cannot spend with their families or business owners cannot spend growing their firm. Economists call these opportunity costs.

Using hourly wage and benefit estimates for tax preparers and certified public accountants from the Bureau of Labor Statistics (BLS), we can estimate what tax compliance time costs taxpayers. For individual income tax provisions, we used BLS estimates for the average wage and benefits for (13-2082) Tax Preparers as of May 2021. The average wages for Tax Preparers are $24.56 to which we added the average benefits for private sector workers of $11.42.

For the remaining business-related returns and more complex provisions—such as returns for estates and trusts, or depreciation schedules—we used an hourly compensation cost of $53.08 for (13-2011) Accountants and Auditors. The average hourly wage for these workers is $41.66, to which we added the average benefits for private sector workers of $11.42.

Put in dollar terms, the 6.5 billion hours needed to comply with the tax code conservatively computes to $313 billion each year in lost productivity. This is equal to 1.4 percent of U.S. GDP and is 23 times larger than the IRS’s annual budget.

The burden costs to individual taxpayers (including small businesses) are nearly $74 billion annually, about 24 percent of the overall cost of tax compliance. The burden on corporate entities of complying with just their income tax returns is more than $60 billion. However, businesses bear additional costs, totaling the vast majority of the remaining $179 billion in costs, complying with the hundreds of remaining tax forms and regulations in the code.

Indeed, one of the most costly requirements for business taxpayers is calculating the depreciation and amortization of their capital assets, such as machinery, computers, and buildings. These forms alone cost businesses $24 billion each year to comply with. To put this in perspective, the most sophisticated semiconductor manufacturing machines on the market today cost $150 million each. The $24 billion in burden costs of depreciation and amortization schedules could pay for 160 of these machines. Allowing firms to expense the cost of their capital investments in the year they are purchased would eliminate these burden costs.

The income tax returns for estates and trusts impose a burden cost of $17.7 billion per year. If we include the numerous other forms required for gifts and generation-skipping returns, the total cost of estate planning rises to roughly $18 billion annually. To put this in context, the Office of Management and Budget (OMB) estimates estate and gift tax revenues will total $25 billion this year, which means the tax costs taxpayers nearly as much to comply with as it raises in revenues.

Another Cost of the Tax Code—Time on Hold

When OIRA calculates the time it takes a taxpayer to comply with tax regulations they only account for the time it takes to prepare and complete a specific form. OIRA doesn’t include the thousands, or even millions, of hours Americans spend trying to call and get help from the IRS. According to the IRS’s Taxpayer Advocate’s FY 2023 report to Congress, the IRS received more than 72.8 million phone calls for help during the 2022 filing season, but customer service representatives (CSRs) answered just 10 percent of those calls, or 7.4 million.

On the IRS Accounts Management line, the average wait time (for answered calls) was 28 minutes. On the Form 1040 help line the wait time was 26 minutes. And for the Consolidated Automated Collection System Lines the wait time was 36 minutes. Tragically, millions of taxpayers waited on hold but never got a CSR to answer the call for help. They will never get that time back.

Tax Simplification Will Save Time and Money

A simpler tax code is better for taxpayers and the tax collectors. As the Inspector General for Tax Administration at the Internal Revenue Service (IRS) wrote in his October 7, 2007 report to Congress: “Tax complexity and frequent revisions to the Internal Revenue Code make it more difficult and costly for taxpayers who want to comply with the system’s requirements, and for the IRS to explain and enforce the tax laws. Tax law complexity results in higher costs for both tax administration and tax compliance.”

The Tax Foundation has modeled and recommended several reforms that would help simplify the tax code, including but not limited to:

Tax Foundation economists frequently use macroeconomic modeling to show how tax simplification can improve economic growth, boost wages, and encourage new investment throughout the economy. However, the Tax Foundation’s model results don’t factor in how much time Americans will save complying with a simpler tax code.

The latest official estimates of the eye-popping amount of time and money that Americans lose each year in complying with IRS paperwork—6.5 billion hours and $313 billion in lost productivity—indicate that the most important benefit of tax simplification may be the gift of time.

Walt Disney World to close parks for two days as Hurricane Ian approaches Florida
3 Ways the Inflation Reduction Act Could Impact Your Taxes
8 million student loan borrowers will get automatic forgiveness. Here’s what you need to know
Inside the $250 million penthouse on ‘Billionaires’ Row’
Why Low Volatility ETFs are Beating the Market