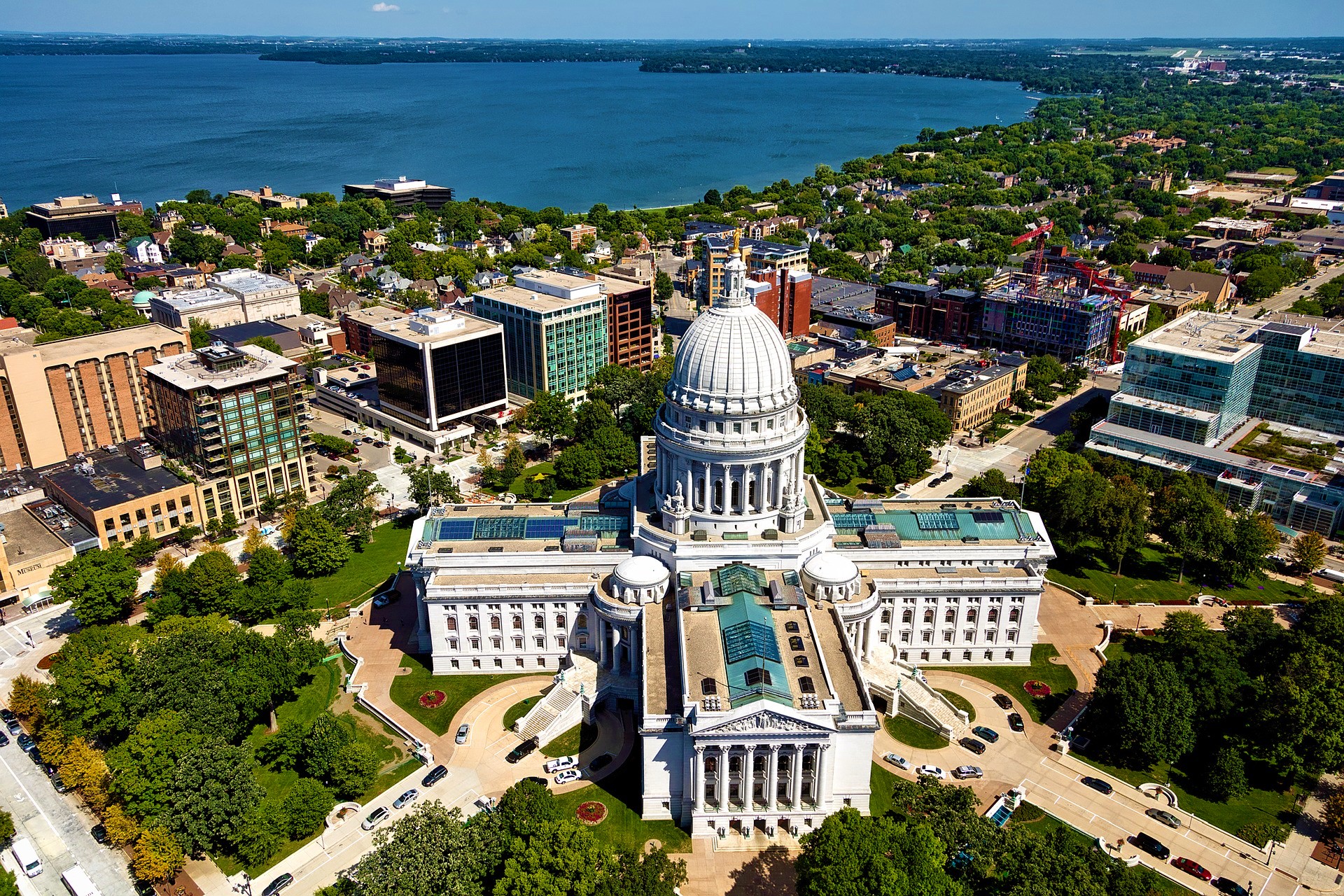 As Wisconsin legislators work to finalize the state budget for the fiscal year (FY) 2022-23 biennium that begins July 1, the Wisconsin Legislative Fiscal Bureau (LFB) on Tuesday reported the state has substantially more revenue to work with than was anticipated when the LFB issued revenue projections earlier this year.

Under current Wisconsin law, in any year in which actual general fund tax collections exceed the amount budgeted for that year, half of the surplus revenue is deposited into the state’s budget stabilization fund, which helps ensure the state is prepared for future economic contractions. As FY 2021 comes to a close, actual tax collections are on track to come in about $1.6 billion higher than was budgeted for when the fiscal year 2020-21 budget was enacted in 2019. As a result, approximately $808 million will be automatically transferred to the budget stabilization fund, but the remaining surplus revenue for FY 2021—as well as the revenue growth of historic proportions that is expected for the upcoming biennium—can and should be used for the long-term benefit of present and future Wisconsinites.

There will, as always, be many different opinions on how these excess revenues should be allocated, but as tax relief will no doubt be part of that conversation, it is important to consider how that tax relief can be accomplished in a meaningful and economically efficient manner that will set the state up for continued investment and growth for years to come.

Given the state’s revenue forecast, it makes sense to consider options for returning some of the excess revenue to taxpayers in a structurally sound manner while making Wisconsin more economically competitive in the process. These suggestions—among several others—are described in further detail in our Wisconsin tax reform options guide.

Reduce individual income tax rates. Wisconsin’s top marginal individual income tax rate of 7.65 percent is higher than all but nine states and the District of Columbia, and the second highest marginal rate of 6.27 percent—which kicks in at only about $24,000 in taxable income for single filers and $32,000 for married couples—is also exceedingly high. When thinking about the impact of the top marginal rate, it is important to keep in mind that sole proprietorships, partnerships, LLCs, and other pass-through businesses pay taxes under the state’s individual income tax system, so the state’s high top marginal rate of 7.65 percent is burdensome to many Wisconsin businesses, especially those that have been strained to the brink of closure amid the pandemic (as well as those businesses that have closed but hope to reopen in the future). Permanently reducing the state’s high individual income tax rates—especially the 7.65 and 6.27 percent rates—should be a top priority, as these rates have an especially adverse impact on the state’s economic growth and have not been reduced in recent years despite the two lower rates being reduced. One option to ensure tax rate reductions are sustainable beyond FY 2023 is for legislators to adopt tax triggers to make future rate reductions contingent upon continued revenue availability as the state recovers from the pandemic.

Reduce the corporate income tax rate. Like the individual income tax rate, the state’s corporate income tax rate is also exceptionally high; only 13 states and D.C. have a higher top marginal rate than Wisconsin. This has caused the state to rely heavily on incentives to try to attract new employers to the state, but since incentives are only available to certain qualifying businesses, non-qualifying employers are left bearing the full brunt of the state’s high rate. Reducing the state’s high corporate rate would promote job growth, wage growth, increased returns to shareholders (including pension and other individual retirement account holders), and increased long-term investment and opportunities in the state of Wisconsin. As with reductions to the individual income tax rate, future corporate rate reductions can be made contingent upon future revenue availability.

Repeal the throwback rule. Beyond uncompetitive income tax rates, Wisconsin’s economic competitiveness is hindered by the existence of a throwback rule, which exposes more of a business’s income to the state’s high corporate income tax rate than in states without such a policy. Multiple studies have found the adoption of throwback rules drives away business activity to such an extent that revenue gains from the existence of a throwback rule may not be enough to offset the revenue losses associated with the reduced in-state investment that occurs as a result. Thus, while there would be short-term revenue loss associated with repeal, those losses would likely dissipate over time. Repealing the throwback rule would represent a relatively small, short-term investment that would yield positive long-term economic results for the state.

Protect businesses from unemployment insurance tax hikes. Wisconsin has seen tremendous strain on its unemployment insurance trust fund amid the historic job losses that occurred in 2020. The unemployment insurance taxes that fund state unemployment benefits are paid for by Wisconsin employers, and when trust fund drawdown is high, rate hikes are typically triggered automatically. The Wisconsin Department of Workforce Development announced that unemployment tax rates will be held steady for 2021, but the state should use some of its excess revenues to protect employers from facing increased UI tax rates in future years, since future UI tax increases would prolong the time it takes for many businesses to rehire their employees and return to profitability following the pandemic. Significantly, the easiest way to do this is by replenishing the trust fund, and states are allowed to do so using federal aid dollars provided under the American Rescue Plan Act, up to pre-pandemic funding levels, without even touching state revenues.

Reduce reliance on tangible personal property taxes. One of the more economically harmful taxes (on a dollar-for-dollar basis) Wisconsin continues to levy is a tax on certain tangible personal property, including office furniture and equipment. For many Wisconsin employers, property taxes are the leading cause of high in-state tax burdens, but they impact some industries more heavily than others. Wisconsin has made strides in exempting additional classes of tangible property from this tax over time, but the state should continue working to remove these taxes from the books altogether, especially given their complexity and the burdensome costs of compliance.

As Wisconsin emerges from the pandemic, state policymakers have a rare opportunity to reinvest excess revenues in a structurally sound manner that will make the state more attractive to individuals and businesses, promote a quicker and more robust economic recovery, and put the state on the path to increased in-state investment and growth for many years to come. Policymakers should use this opportunity to make a down payment on the state’s future by providing tax relief that not only reduces burdens on Wisconsinites but also sets the state up for economic opportunity and growth that will endure far beyond the next budget cycle.

Here are the China trends investors bet money on during a sluggish few months
Mortgage demand stalls again, even as interest rates swing briefly lower
Here’s what China’s real estate debt crisis could mean for Asia junk bond investors
Biden opens the possibility of more offshore oil drilling in the Gulf of Mexico
Summer temperatures — and inflation — are running hot. Here’s how to save money on cooling bills as prices rise